Funny enough this is probably the hardest story to tell… but also the most important not only for how our lives have unfolded since, but also the birth of my first wine import company, and now again for Hootananny.
I met Fabrizio in October of 2008 while I was living in Tuscany with my dear friend Amy Wadman (an amazing organic wine and oil producer in Le Marche). We traveled up to Piedmont in order to attend the Slow Wine fair as well as Terra Madre. I had just moved back to Italy a few weeks earlier. We came here to Cascina Iuli to sleep in what was then his Agriturismo, because Amy wanted me to meet this tiny winemaker she had met a year earlier at Vinitaly and with whom had become fast friends. As we pulled up to the Cascina I was immediately taken with this hovering centuries old brick building that was so wildly different than Tuscan Farms… everything; the sounds, the smells, the air around me, it was like being in another country compared to the central Italy I knew. We walked down to the cellar where Fabrizio was tasting with some other friends, and we met. After peeling my eyes away from the farmer himself, I started focusing on the wine in my glass, and I was swept off my feet again in the span of 3 minutes. How could this be Barbera? I was a sommelier, a wine director, and fancied myself somewhat of an Italian wine geek… yet I had never tasted a Barbera anything like this, I never would have recognized this very Monferratan Barbera. That was it. It’s been a crazy ride since then! We often joke that we’re not sure if I was more smitten with the wine or with Fabrizio himself that first visit, but regardless I had to have both! I built a wine import company around getting his wines into the US market in 2009, we got married, had two children, and have since built a school in our backyard all while growing the little Iuli brand around the world in markets that now extend from Japan and South Korea to Australia and Brazil… and now again, in the loving hands of Carolyn and myself in the US with Hootananny!

In the village of Montaldo; population 73, in the heart of Monferrato we can find Cascina Iuli. At 350 m above sea level, surrounded by wild forest and crops of varying types, the Iuli family owns a total of 43 hectares, 14 of which are under vine. Cascina Iuli has the great fortune to be nestled on the crest of a valley which is almost exclusively owned and planted by the Iuli family. This valley has been in the family for 4 generations, and has never seen a chemical and hence a unique toxic free zone not only for the vines, but for the families that live in the little village. Fabrizio calls himself a Barberista, but has more recently become fascinated and a bit of an expert in his own right for some almost lost native varieties such as Slarina and Baratuciat. The vineyards are all worked by hand and are farmed organically with some biodynamic principals. The fruit is all hand harvested and the wines are made in the Cascina cellar where wines from this valley have been made for the last 300+ years. Using all natural yeasts, no fining and no filtering, the wines see SO2 only after fermentation and again before bottling with the lowest intervention possible vintage permitting. The vineyards surrounding both the south side of the Cascina in the valley as well as the north side facing the alps are planted with; Nebbiolo, Pinot Nero, Barbera, SLarina, Grignolino and the newest addition of Baratuciat. 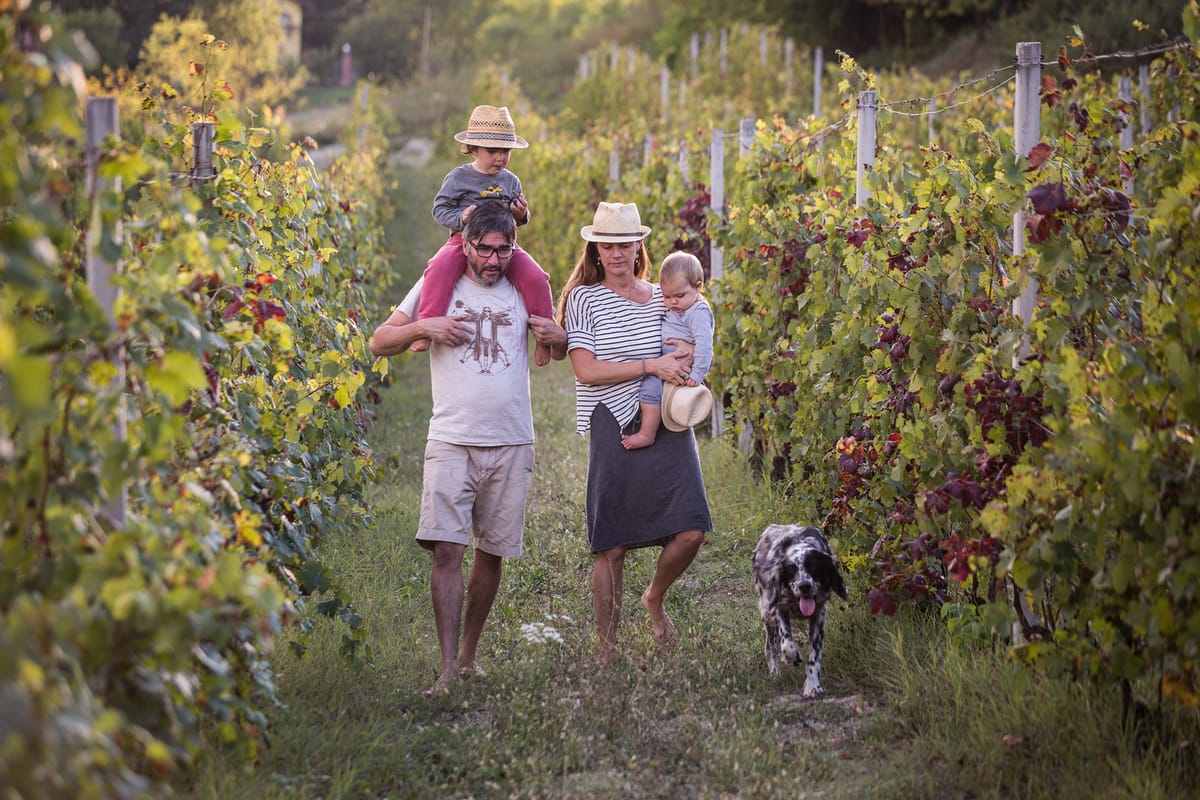 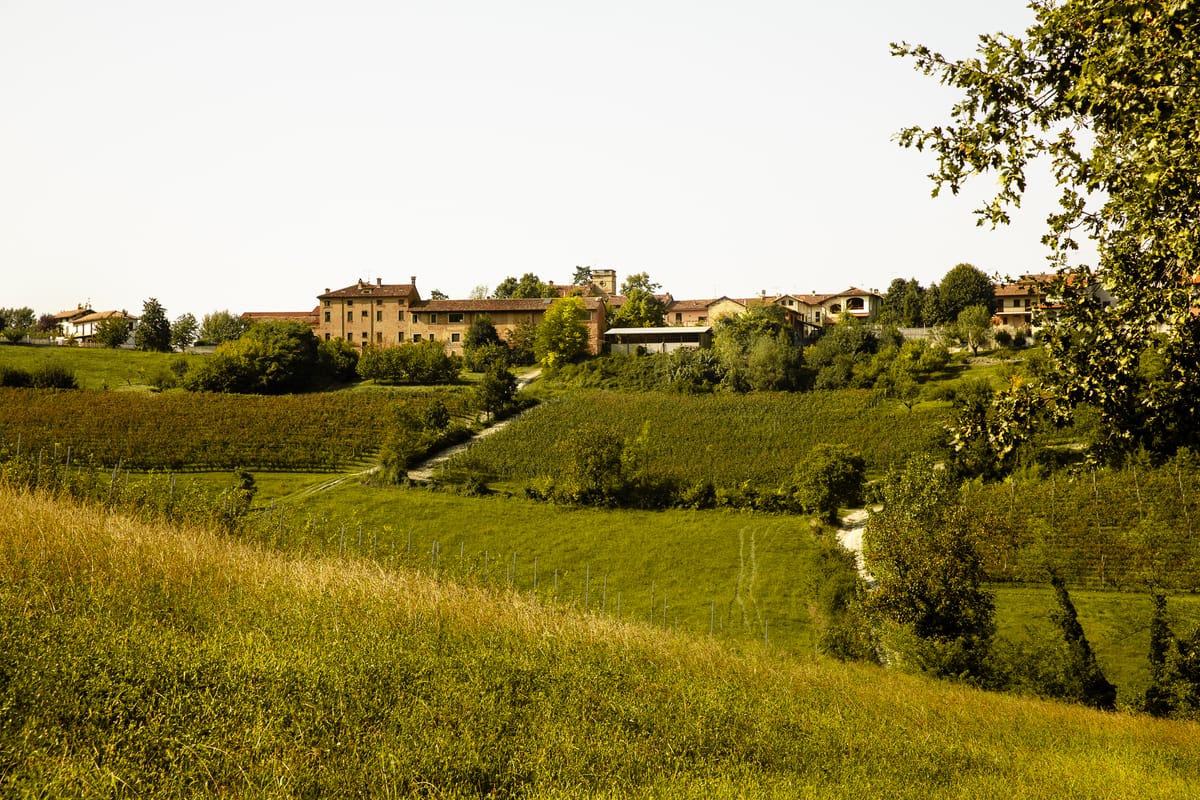 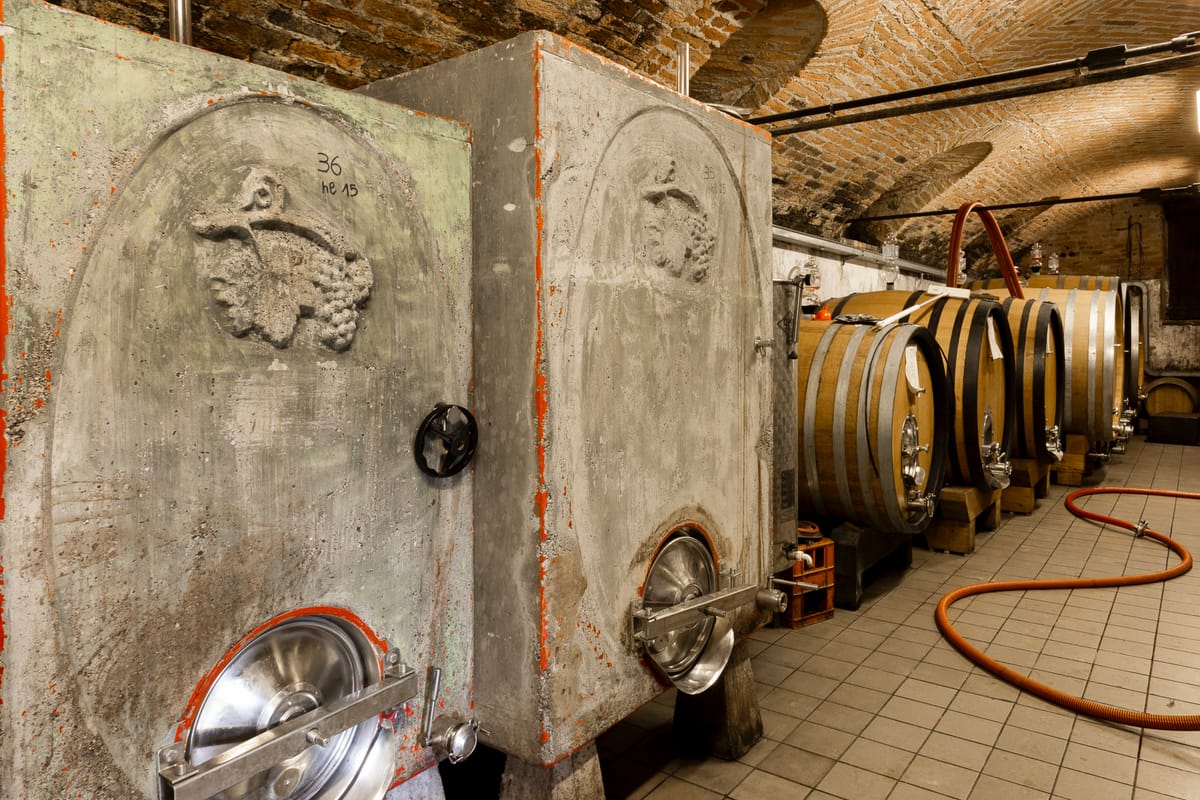 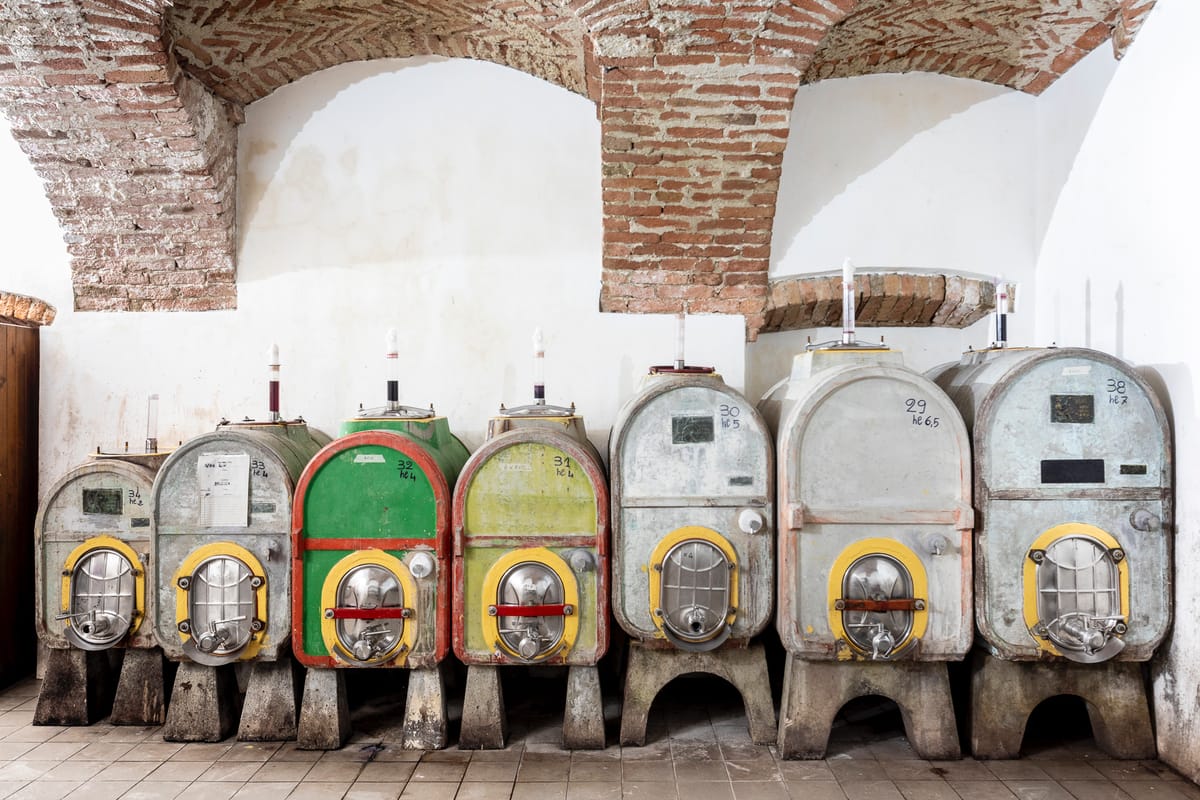 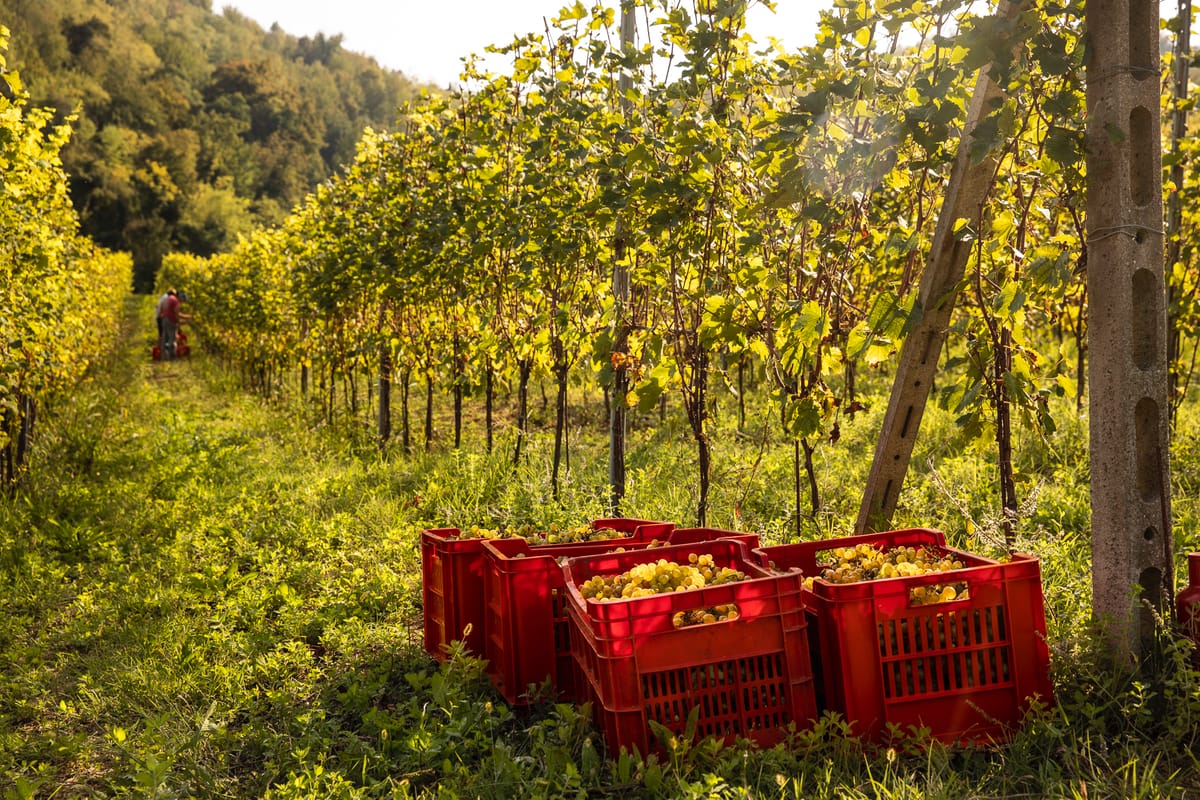 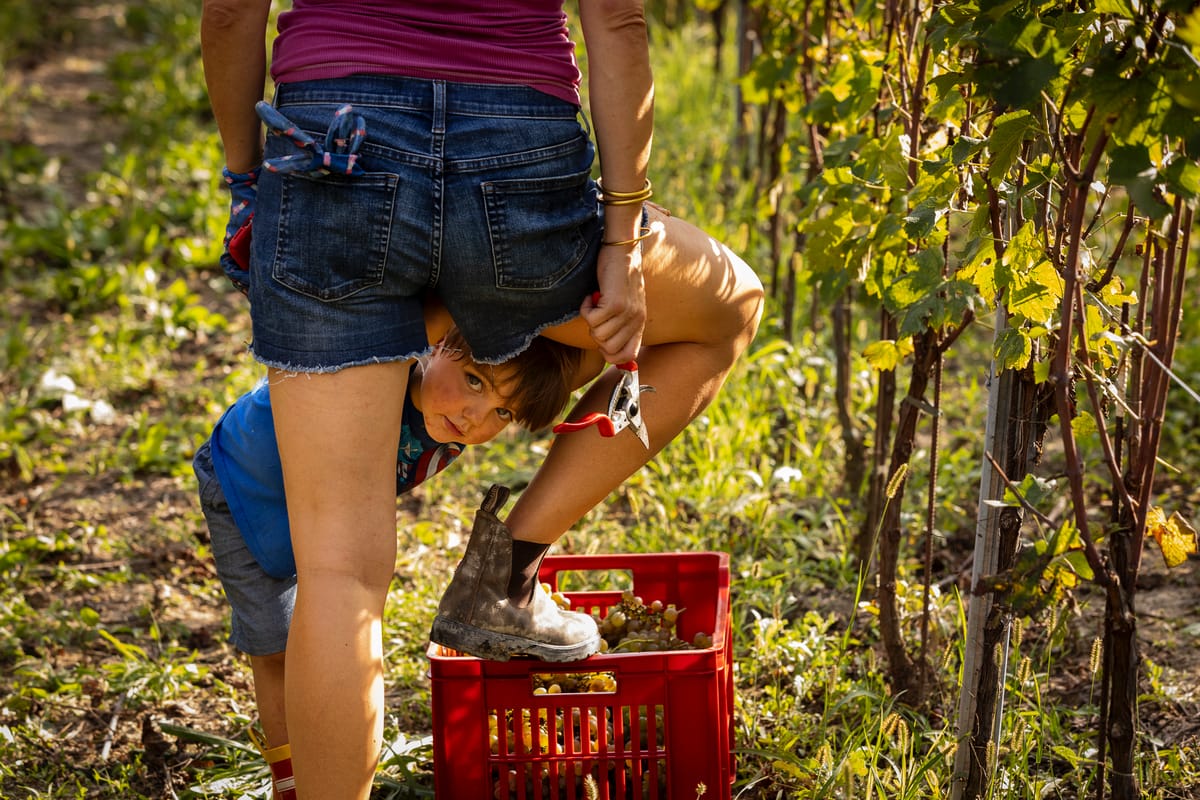 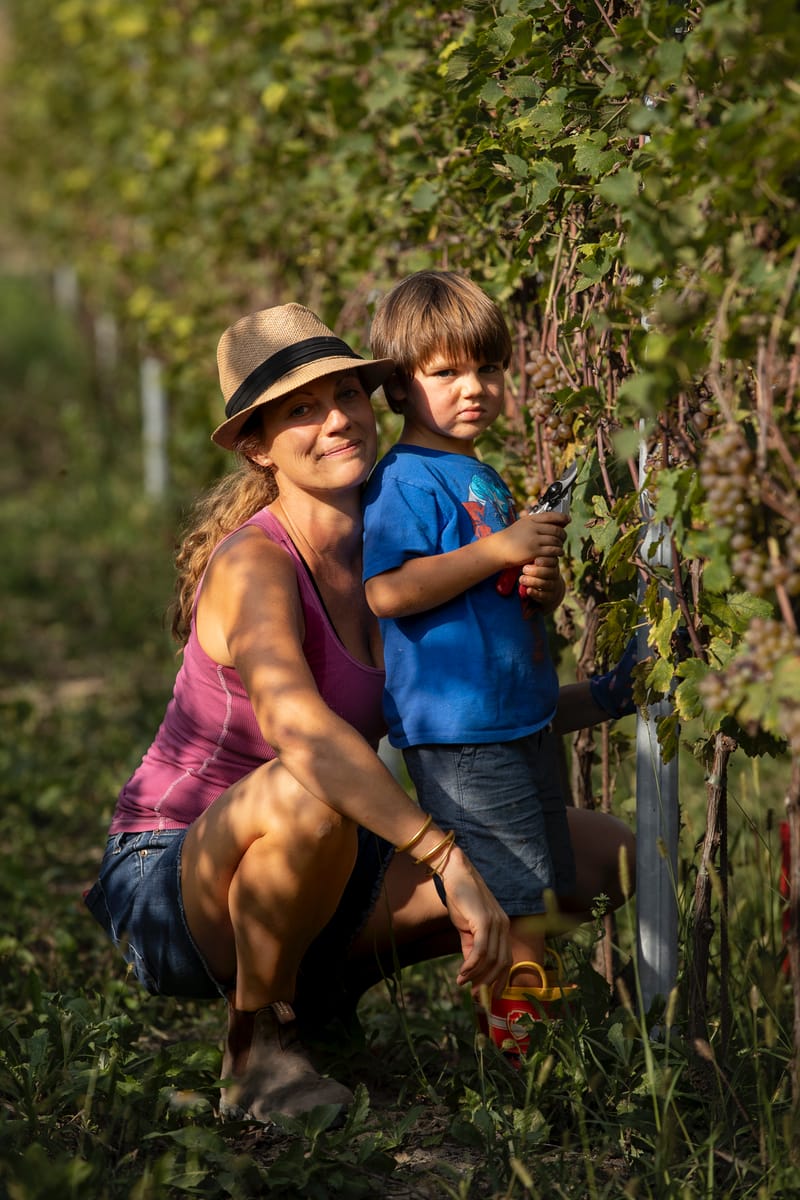 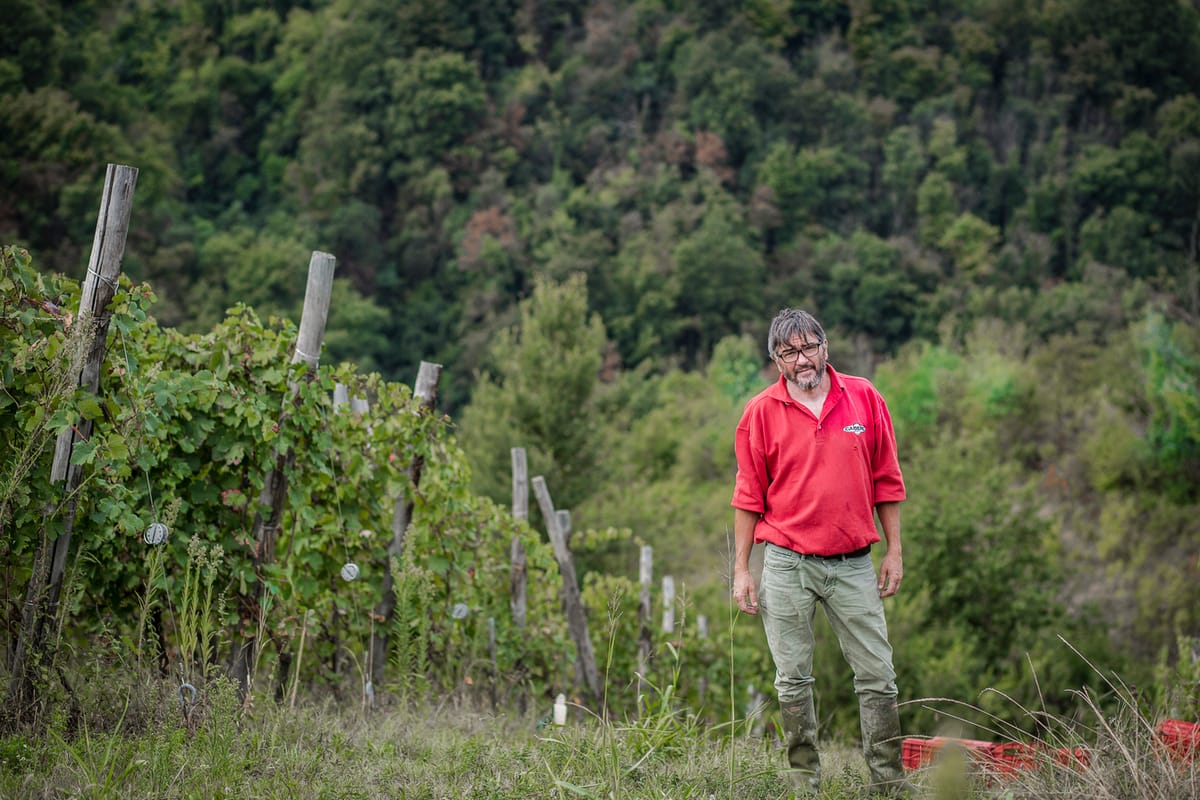 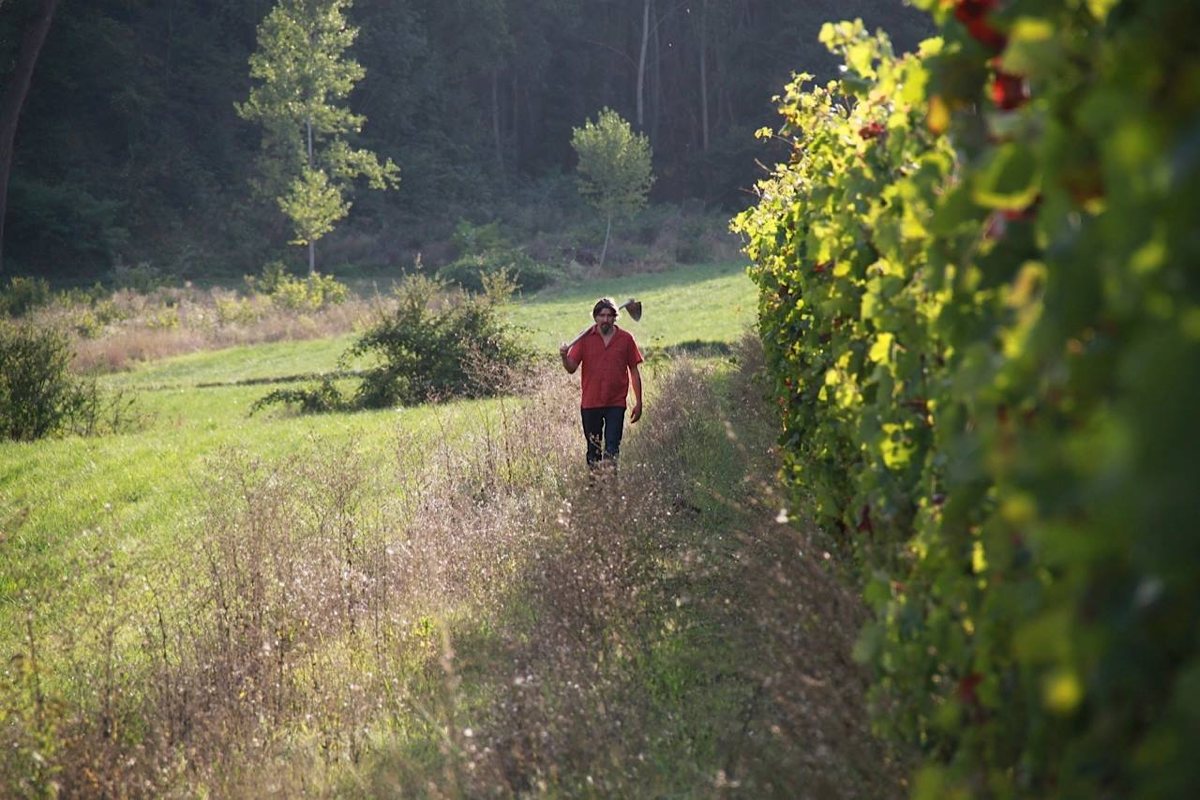